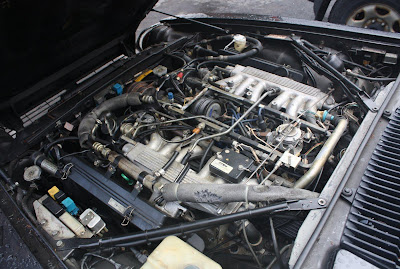 Dear Jaguar lovers, many of us love the great XJ-S V12; but this classic Jaguar deserves maintenance, care and love. A V12 can clock up 300,000 miles if we keep it with respect and correctly maintained. Yes, of course I’m talking about regular oil changes, changing all the plugs when needed and making sure the cooling system is up to scratch. It’s famous as the golden rule for the XJ-S V12 ‘Don’t cook it’; yes because if a V12 overheats, the valve seats can loosen when it cools back.
Cooling
V12 is a big engine in a tight engine bay, but if the owner keeps everything in tiptop condition it can work perfectly, but that requires regular inspections, decent antifreeze/corrosion inhibitor, and a through cleanout at least every four or five years. Be cautious of worn viscous fan hubs, debris caught between the radiator/evaporator/oil cooler, sticky thermostats and old perished hoses. When refilling, early systems must be bled using the valve located top left on the radiator.
Steering 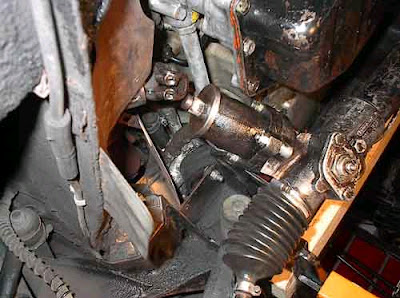 Now let’s talk about XJ-S rack and pinion power steering which gradually became less assisted and more responsive with the passage of time. Therefore, you must look out for leaking rack seals; squeeze the gaiters to check if they’re full of escaped oil. The pinion seal can leak due to its close proximity to the exhaust, but can usually be replaced without a complete stripdown. Bushes can also become slack and may feel floating steering problem but you can replace them with sports type bushes.
Ignition System
Dear friends you might think that I missed writing about an important thing regarding XJ-S and that’s ignition system, so let me. Well, buried deep within the V of the engine, the ignition is usually neglected, which is a shame because spot-on ignition is the key to a crisp, responsive engine. Cars with OPUS and Lucas ignition (prior to 1989) have a mechanical advance mechanism within the distributor, which will seize if not lubricated, significantly restricting performance. Likewise a faulty or disconnected vacuum advance/retard system will increase fuel consumption unnecessarily. Timing is set manually prior to 1989 while later cars with Marelli mapped ignition have an octane plug existing the loom on the left side of the engine bulkhead which, when bridged, advances the ignition and allows the use of Shell Optimax or similar. In terms of reliability the original OPUS system is not good, and so conversion to the later Lucas constant energy system is well worthwhile.
Body 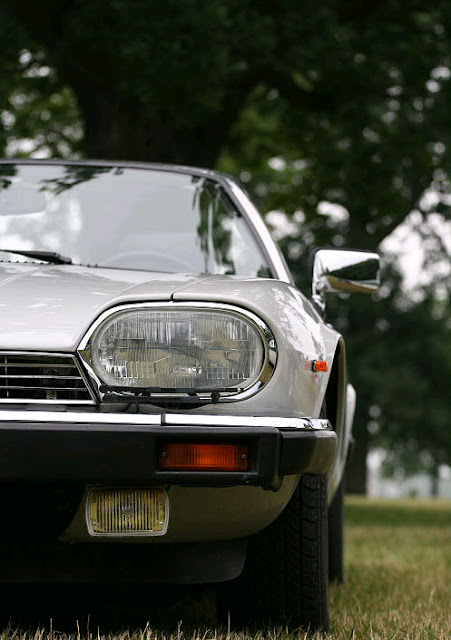 In coupe form, the body shell is exceptionally rigid, contributing to the car’s fine handling. Unfortunately, the lack of an open option at the original design stage means that the roof is an integral part of that strength. So, while the cabriolet (1983-1987) is tolerable on smooth roads, the full convertible (1988 on) does suffer noticeable scuttle-shake, which means it’s vital that the under-body bracing (where fitted) is left in place even if it does make some servicing difficult. Rust is an ever-present worry but one that can be minimized by meticulous cleaning and regular topping up of the rust proofing defenses. A common misconception is that facelift cars don’t rust, but seriously they do – it just takes a little longer.
Transmission
I think we should now talk about the transmission of Jaguar XJ-S V12. The Jaguar four speed manual gearbox is fitted to around 350 early cars is more than capable of handling the power of a standard V12, while the parallel Borg Warner Model 12 automatic was similarly strong. Its successor, the GM 400, though not quite as bulletproof, was much lighter and smoother through the gears, while the 480LE  (6.0-litre) added a much-needed overdrive fourth gear, but unfortunately can’t be fitted to earlier engines as the larger bell housing dictated an enlarged boss on the back of the engine block.
Fuel System
Dear Jaguar lovers let’s move to the fuel system of XJ-S V12. Well, the analogue (3CU) system used prior to 1980 is basically a box of transistors and diodes; it works reliably enough and most problems are traceable to a perforated vacuum sensor or worn tracks in the throttle switch. The digital system (6CU) that followed is far more sophisticated but can fail occasionally in fuel pump switching. Its successor (16CU) introduced the microprocessor and could think for itself, while the final incarnation (26CU) added a diagnostic facility. There you have it – almost the history of fuel injection in one car. Look out for leaking fuel tanks (they crack around the baffle spot welds) and hardened, perished fuel hoses under the bonnet the former is nuisance, the latter can be potentially dangerous.
Rear/front suspension
Here comes the time to talk about rear/front suspension of Jaguar XJ-S.  They key to maintenance here is to regularly check all eight bonded mounts and bushes for deterioration. Grease everything and stick to quality replacement universal joints and bearings. A tendency for the car to steer from the rear will usually be due to worn radius arm bushes, while a clunking when coming on or off power is caused by loose power wishbone brackets at the location where they are shimmed to differential. Worn wishbone bushes can significantly alter the wheel alignment, effecting the steering and increasing tyre degradation. Wear in the upper bushes can only be felt with no load on the bump stops, while the lower bushes will move off centre as they deteriorate. Few greasable ball joints remain now, but they can wear far more than the later (interchangeable) sealed type. Also beware of substantial hidden corrosion beneath the powder coating on later sub-frames.
Brakes
As well maintained XJ-S should never be short of braking ability in general driving. Up front the four-pot calipers should be checked for perished dust boots, while heavily-lipped discs should be replaced rather than machined, otherwise they’ll be undersize and will distort.  At the rear, the inboard discs can suffer from lack of maintenance due to their inaccessibility, particularly the separate handbrake calipers which will drop pads if the car is driven with the applied. The outboard discs fitted from the 1993 model year are easier to service, suffer less from heat and offer vastly improved handbrake efficiency, as the expense of slight increase in the un-sprung weight.
Electrical System
A complex car by 1970s standards, the XJ-S rivaled many light aircraft in the wiring department. Fortunately, most of it is old school stuff with not a logic earth or multiplex in sight but, while the color codes are distinctive and follow a sensible formula, the wiring diagram is daunting. The electrical fault diagnostic handbook (part AKM9051), which breaks things down into single circuits, is a great autojumble find. The biggest problem concerns the wiper motor, suspended beneath the scuttle vent, protected by a flimsy piece of biodegradable plastic. Replacements are all but impossible to find so rebuilding the original is often the only option. Less common as a failure but infinitely more of a pain when one does go – is the original type of started motor, as removal of both the steering rack and right hand exhaust is required for full access. Later high-torque starters are easier to reach but perversely give less trouble.
Trim 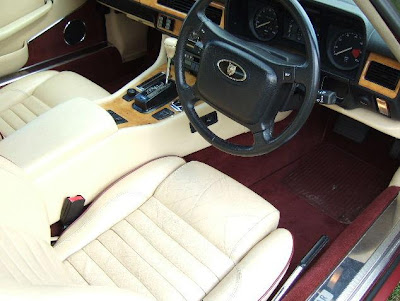 The minimalist interior of the pre-HE was not universally loved and the return of wood and leather was warmly welcomed in 1981. Recaro-style seats and an improved timbre-topped console followed in 1987, when many felt XJ-S interior styling reached a peak. By 1990 an airbag steering wheel (without airbag in the UK) and XJ40-style switchgear had diluted things somewhat. The facelift has limited electric seat adjustment, better switches and color coded dash casing. Early trim should be looked after as little is available today, even second hand. An interior’s greatest enemy is damp, so make sure the scuttle drain tubes are clear and all rubber screen seals are in good order.
For service intervals please check service tips page.
Posted by xenex at 01:57